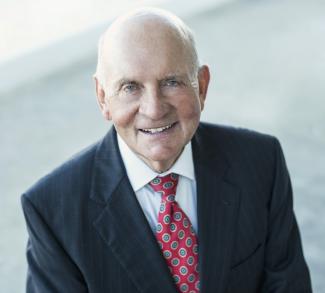 Charles E. Nowlin, ChFC®, CLU®, is the Founder and CEO of Nowlin & Associates. Charlie is a graduate of Memphis State University with a Bachelor of Arts in Journalism and Political Science. He grew up in Memphis, Tennessee, and joined the United States Army in 1967 as an officer and Armor Company Commander. In 1970, he began work as an agent with State Mutual of America in Memphis. In 1974 he moved to Birmingham where he became a General Agent for State Mutual of America (later known as Allmerica Financial). In 1985 Charlie officially incorporated Nowlin & Associates when he recognized an underserved need in the city for comprehensive financial services. Founded upon integrity, quality products, and excellent service, Nowlin & Associates has grown to become one of Alabama's leading financial firms with clients throughout the country. Charlie is a member of the Chartered Financial Consultants, ChFC®; Chartered Life Underwriters, CLU®; as well as the esteemed Million Dollar Roundtable (MDRT). He has been featured in a number of local publications including Birmingham Magazine and Birmingham Business Journal.

Former President and Board of Directors of United Cerebral Palsy of Greater Birmingham, Inc.

Former President of General Agents and Managers Association of Birmingham.

Member of The Country Club of Birmingham.

Member of The Club.

Member of The Community Bible Studies.

Former Treasurer for Presbyterian Home for Children for 9 years.

Chairman of The Board, Fellowship of Christian Athletes (FCA) for the University of Alabama

at Birmingham (UAB) and current Board Member.

2012 The Lester A. Rosen Humanitarian and Achievement Award