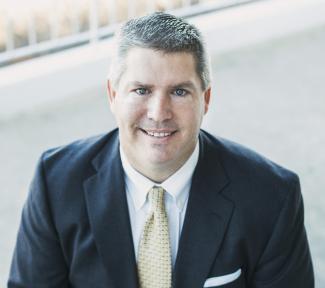 Justin Craft is President of Nowlin & Associates, a leading wealth management firm with over 40 years history in the Birmingham area. Recognizing the change in the economic environment in 2008, Justin facilitated the business model change at Nowlin and Associates from a traditional wealth management firm to one that offers educational based introductions to current financial topics. He is a regular on radio talk shows, has hosted over 300 educational workshops and manages the company's training program. Recently he was elected to serve as chair for the nationally recognized Field Advisory Cabinet for Ameritas Financial Corp.

Since graduating with a Bachelors of Science degree in Business from UAB, where he attended on an athletic scholarship, Justin has earned the Registered Financial Consultant designation which is only awarded to those who can meet the highest standards of education and experience.  He is a graduate of the Nelson Nash Institute earning the award of Certified Infinite Banking Concept Practitioner. He is the past President of the UAB Athletics Alumni Society; and a board member of the Fellowship of Christian Athletes where he serves as President.  He was selected to be a member of Leadership UAB and was voted in the Inaugural Class of Excellence in Business by UAB National Alumni Society. Justin is an active member of the Birmingham Monday Morning Quarterback Club which raises money for Children's Charities. He was involved in an effort to restore the UAB football program and he now serves as a board member of the  UAB athletics foundation which raised over 45 million dollars in 18 months for facilities for student athletes. Most recently he was added to the advisory board of Bancorp South and selected as one of the top 20 people in business for the next 20 years by Birmingham Business Magazine.

Justin and his wife, Kim, have lived in the Greystone area for more than ten years where he enjoys golfing and coaching Little League football and baseball. They attend Church of the Highland and he is an advisor for God's Outreach who provides food, clothes, housing and many other resources for children and families in need. He is passionate about financial education and his home city Birmingham and the city's potential.