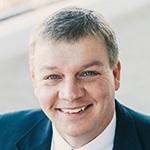 Scott and his wife Tess, live in Sandersville, Ga. Married since 1994, Scott and Tess have 2 sons, Zeke and Zeb. Scott’s family comes second in his life only to his relationship with Jesus Christ. Scott is a deacon and Sunday School Teacher (7th and 8th  Grade boys) at First Baptist Church in Sandersville, Ga. Scott loves the outdoors...hunting, fishing, and gardening. Scott has a true passion for what he does in helping families get on the road to true financial freedom in their life through the Infinite Banking Concept. Prior to becoming a Certified Infinite Banking Practitioner, Scott was a general contractor.  “Leading up to 2008 I had arrived. Fifteen years of hard work with my dad to build what appeared to be a successful residential and light commercial contracting business, the entrepreneurial spirit, the American dream, starting a business from nothing and boy look at what we had accomplished. Little did I know it was ALL artificially pumped up and then the bubble burst. I had no control over what had just happened and what was about to happen going forward. The signs were all around, but I as most people, had no idea of what to look for. But thank God in Heaven for lessons learned, although the hard way, yet still learned. My wife says

it like this and I whole heartedly agree with her...”we would not have ordered it the way it happened, but looking back we wouldn’t change a thing”. Wow, so very true. This was the beginning of a real education for me into true history and true economics and what true freedom would look like for me and my family. I begin to read and study diligently on the subject of our political and economic systems in this country. I didn’t want to just know what had happened, I wanted to learn WHY it happened. There had to be a reason. Boy, did I learn, and boy was there a reason. This life changing event set me on a new path to learn truth so that I could not only make wonderful changes for my family’s future, but it has also allowed me to make incredible changes for the futures of so many families all over this country for their financial future and their freedom. I love what I do. I love helping people.”