What the Pundits Get Wrong About Whole Life: How to Save Money Safely 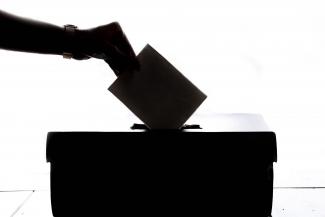 What the Pundits Get Wrong About Whole Life: How to Save Money Safely

Justin Craft is a Registered Financial Consultant™ and the President of Nowlin & Associates.

The new economy is full of looming threats. Acute market volatility and the results of runaway fiscal policy are only a couple of examples of the hurdles my team and I help our clients navigate every day. But there's an even more extensive obstacle just below the surface that most of us never even think about: the structure of our financial system itself.

In his piece Life Insurance: Seceding from the System?, written for the Foundation for Economic Education, economist Robert P. Murphy issued a wakeup call. "Most Americans implicitly assume that the financial system has always worked the way it does now," Murphy wrote. He goes on to explain that our modern perspective has been shaped by decades of trendy new finance and over a century of influence by the Federal Reserve.

In my own experience, those I often talk to have grown accustomed to saving money in a bare-minimum-interest savings account. They invest money in one of a handful of common retirement vehicles, often tied to an employer. They acquire what capital they need for life's dearest expenses in one of a handful of ways, often a loan from a commercial bank. While none of these conventions is inherently wrong—commercial bank accounts are necessary for most of us to function on a day-to-day basis—they've lulled us into thinking there's no better way forward.

Much like Mr. Murphy, I disagree that there's nothing more to be done. I've seen firsthand how changing that conventional perspective and using tools outside of those that have become the norm can change lives. To that point, I was once sitting down with a client who owned his own business. He was eager to use what assets he had in new ways. With a change in thinking and using financial tools he had left on the table, we were able to secure a month-and-a-half discount on the annual lease of his office space. How? Properly structured whole life insurance. To put it simply in Mr. Murphy's words, "...boring old life insurance may provide a way to secede from the broken system..."

Beginning to understand how whole life coverage can serve you so powerfully is as simple as picking up a few basics. First, it's critical to grasp the difference between whole and term life policies. Essentially, premiums paid for term life coverage promise a death benefit valid only during a specified period. Should the insured survive, that coverage is no longer applicable. On the other hand, just as they sound, whole life death benefits apply for the entire duration of a policyholder's life, provided they honor their contractual obligations and meet their premium payments. For most of the 20th century, whole life policies were common savings and financing tools for the general public. Cited by Mr. Murphy in Life Insurance, economist Ludwig von Mises championed the power of these policies for anyone, including earners of modest means, in his treatise Human Action (1949):

[Under capitalism, even] for those with moderate incomes the opportunity is offered, by saving and insurance policies, to provide for accidents, sickness, old age, the education of their children, and the support of widows and orphans.

Well into the following decades, theorists, politicians, and working people praised whole life. A soon-to-be-Governor Ronald Reagan noted in his 1964 Barry Goldwater campaign speech, A Time for Choosing, that a properly structured whole life policy could effectively offer the young people of the day greater resources during retirement than Social Security. But in the 70s and 80s, the retirement and investment vehicles with which most of us are more familiar emerged. Those new tools, combined with the market forces of the day, began to change Americans' financial preferences. "The high interest rates and inflation of this era—the result of government manipulation in the financial markets—suddenly made conservative life insurance look boring and sluggish," wrote Murphy.

Cut to the 21st century. Plenty of popular pundits still refuse to acknowledge the power of whole life coverage, instead opting for strategies that essentially boil down to recommending that the rest of us acquire term life policies for our death benefit needs and invest the difference of what we would save compared to whole life premiums.

So, why are they wrong? What makes whole life so powerful and worthwhile as a financial tool? There are a few key benefits beyond the peace of mind of the promised death benefit. First, as the policyholder continues to make their premiums, the "cash surrender value" of the policy rises. In effect, the policyholder is building equity in the policy that can be leveraged in exchange for the promised benefits. Secondly, properly structured whole life coverage offers what is essentially a built-in mechanism to reap financial growth alongside your coverage. Your coverage provider will invest the revenues from their life policies in conservative mutual funds. Should those funds grow in value, Mr. Murphy explains, then "...the company will also issue dividends to its policyholders." The risk and rewards may be smaller, but those dividends are a bonus you as a policyholder can pocket or add to your cash surrender value; you have the control.

Further, concerning the case of my client and his office lease mentioned above, a whole life policy loan helped him raise enough capital to pay his landlord an entire year of his lease up-front. In exchange for the lump-sum payment, he was able to secure the substantial discount with no real cost to his business or interruption of cash flow. Policy loans are flexible loans you as a policyholder are entitled to take against the cash and death benefit of your policy. These loans can be used to finance cars, retirement expenses, and much more. They're one of the most powerful ways to finance big lifetime costs without higher-interest commercial loans or the required minimum distributions (RMDs) Uncle Sam will collect from retirement accounts. Finally, whole life providers offer a proven track record of corporate solvency and incredible stability relative to our current volatile markets that can't be matched by any other financial sector.

If all of those benefits sound sensible, then you're beginning to change your thinking in the way Mr. Murphy and I have over the years thanks in large part to the example of R. Nelson Nash. My associates and I are prepared to help you take your first steps to structure and begin to make the most of whole life coverage. It's a timeless method by which you can secede from the peril of the new economy; are you ready to be a part of the resurgence of this time-tested financial movement?