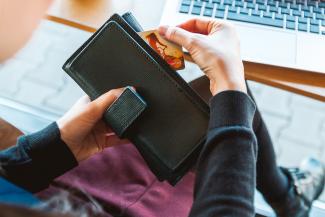 In 1999, Nielsen’s top-rated television program was ABC’s now-classic game show Who Wants to Be a Millionaire. Following closely behind at a strong second place was the beloved Thursday broadcast of ABC’s Who Wants to Be a Millionaire. And coming in at a very respectable third place was the highly-anticipated Sunday airing of ABC’s Who Wants to Be a Millionaire. It's a quaint reminder of how twenty short years can seem more like light years away from live streaming, premium channels, and unfinishable Netflix queues. That simpler time came with an accordingly simpler economy. But much like what captures our eyes, what captures our dollars changes with time. The economy is different in 2019 at every level, and the challenges therein are no exception. Unlike 1999's favorite show, though, finding the answers in the new economy isn't as easy as calling up a friend. New threats demand new strategies to keep up and get ahead.

There are two general drivers of the changes in the new economy: those on the part of the government and those that can be attributed to demographics and broader societal trends. As for the government’s part of the equation, most issues stem back to the fact that spending is an out-of-control, bi-partisan problem. My friend and champion of fiscal responsibility David M. Walker, himself a former Comptroller General of the United States, maintains that our country’s books are in worse shape than is advertised. The tax consequences of those unbalanced ledgers are a proverbial Sword of Damocles hanging over citizens’ heads. Mr. Walker is one of few vocal critics willing to stand up and say plainly that the federal government has grown too big, promised too much, and must be sustainably restructured. I couldn’t agree more, and I’ll continue to cite him often going forward. And beyond even the challenges at the federal level, many states and municipalities are in even worse financial trouble. The tax consequences for residents of those places may well be direr than those suffered by the general population. Regardless of where you live, though, those issues born of official mismanagement will force tough choices that will impact working families across the board. For all of us, the best hope is to get our finances right on the individual level to mitigate the effects of the likely painful choices to come.

We must take care of our house first. If we can’t get it right for ourselves, how can and why should we expect any different from government? We must take personal responsibility for ourselves and our loved ones in order to mitigate the effects of the coming economic and fiscal issues and changes to be made.

Specifically, there are a handful of key points of monetary and fiscal policy that especially jeopardize our future. The nuts and bolts of their causes, effects, and solutions are complex. Again, though, Mr. Walker summarizes it best in saying that “Math is the new four-letter-word in politics.” Next to none of our leaders is being upfront about the writing on the wall that suggests higher taxes are to come. Almost all are avoiding the reality that the numbers suggest, and too few remain critical of monetary policy with broad-reaching effects. Instead, we forge ahead with strategies that produce artificially deflated interest rates. After having been kept at historic lows for years following the recession, we’ve only just begun to get a taste of the tightening of the belt as the Fed inevitably raises them back. Further, an unwillingness to address problematic math will put unnecessary strain on Social Security and Medicare until it’s politically untenable not to act. Social Security’s Trustees have reported that unless Congress takes action, the program could face a shortfall of nearly a quarter of promised benefits by the year 2034. “Congress taking action” in this case either means raising taxes or slashing benefits. The system is complex, but the basic principle really is that simple. The money for those programs has to come from somewhere, and every working American sees on their paystub that it comes out of their pockets. But the promise to our aging population stands. Where I come from, good people follow through on their promises, and they do so sooner rather than later. In that sense, the government’s irresponsibility isn’t just a failure of accounting, but a moral one. I align with Mr. Walker's view that “What we have done to future generations is immoral, unethical and irresponsible, and it must stop.”

Compounding institutional negligence on the government side, demographic trends also represent a sizeable threat. It’s a known fact that Baby Boomers are retiring at a rate of over 10,000 individuals per day. That staggering exodus from the workforce also means a stiff exit of money from the market to retirement funds and RMDs. These numbers are also the remarkable x-factor exacerbating the strains of the aforementioned political inaction on Social Security and Medicare funding. To another point that’s making headlines in 2019, healthcare costs are skyrocketing. Healthcare expenses consistently outpace growth in all sectors of the economy. What’s more, as the quality of that care people are paying for improves, life expectancies trend upward. Taken together, those facts mean that as we age, we’ll be paying more for our care for longer than any previous generations ever had to. If that weren’t enough, you probably also haven’t missed at least some news about exceptional market volatility in 2019. Pinning down a cause for volatile effects across multiple market indices is difficult, but for a whole host of reasons, those wild swings are likely to look more like the rule than the exception. The upshot of all that unpredictability is almost certainly lower rates of return on investments than there have been in the past.

So, what does it all mean for you and your family? There are a few key takeaways from the big picture. Most can expect that their aggregate income tax obligations will increase to shore up projected lapses in funding for our most critical programs. Most can also expect coming changes in Social Security and Medicare; for those under 55, those “changes” likely mean delayed benefits, which by virtue of increased taxation and inflation, actually represent less real value when they are delivered. Expect interest rates to continue to rise, and know that you’ll probably live longer and pay more for health care than you expect now. Those new economy expectations aren’t so rosy, no, but that doesn’t mean there aren’t steps you can actively pursue now to minimize their effects on you and the ones you love. Firstly, if you haven’t yet done the M-A-T-H on your retirement, then the time is now. If you think you have cracked it, go back to the drawing board and account for the fact that you’ll likely outlive (and outspend) your predictions. In that planning process, consider how you can save, invest, protect, and preserve your hard-earned wealth for a future in which some government promises go unfulfilled and taxes are almost certain to grow. With a clearer vision of the future, professional adviser partners like my colleagues and me at Nowlin & Associates can help you realize your optimal outcomes. We’re prepared with an extensive array of tools like life products that can offer creative solutions for those with concerns about the math of their retirement going forward. Let’s talk today about mitigating the worst of the new economy’s looming challenges together.

I personally have provided peace of mind, certainty, security and control for my wife and myself by utilizing a significant portion of our retirement savings to purchase products from financially strong insurance companies, therefore protecting and preserving our retirement savings. You can do likewise. Nowlin & Associates can help you do so.